KUALA LUMPUR: From this year, Form Three students would be tested via Pentaksiran Tingkatan 3 (PT3 or Form 3 Assessment) which replaces the Penilaian Menengah Rendah.

“This means there is no centralised examination for Form Three students as in previous years,” he told reporters when announcing the changes made to the school-based assessment (PBS) after a meeting with teaching unions.

The PT3, which was introduced in 1993 to replace the Sijil Rendah Pelajaran examination, was held for the last time in 2013. The PBS system was introduced in primary schools, starting with Year One pupils in 2011 and in secondary schools with Form One students in 2012.

Muhyiddin, who is also Education Minister, said students would be assessed via written and oral tests for Bahasa Melayu and English.

Muhyiddin stressed that schools would administer, assess and score the assessments based on standardised guidelines prepared by the Educa­tion Ministry’s Examinations Syndicate.

“The Examinations Syndicate will prepare questions with different levels of difficulty from easy, moderate to hard and place them in a question bank. Schools can then choose these questions and use them when they are assessing the students via the written tests,” he said.

He said the syndicate would monitor schools to ensure they chose the questions which reflected the levels of difficulty and that no school chose questions that were all considered easy.

He said the Examinations Syndi­cate and a team of outside assessors would moderate and verify the results.

“This is to ensure there is consistency among marks given while verification is to ensure students get the marks they deserve,” he said.

Muhyiddin said students and their parents could approach the schools to see their performance in the PT3 and to obtain a results slip, which would be used for entry to Form Four as well as for applications into fully residential schools, religious secondary schools, Mara Junior Science College, technical secondary schools and vocational colleges.

Psychometric tests, he added, would also be used for entry into the residential schools to ensure students are placed according to their interests and capability. 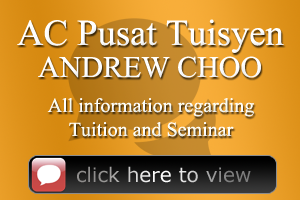 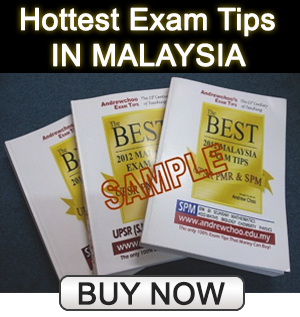